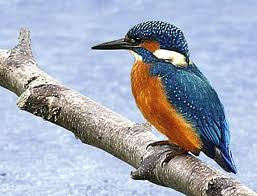 A lovely day today, and very much appreciated after the foul weather of late. The horses that may be going racing at the week-end schooled this morning - Leon (Coeur de Lionne) Intimate Whisper, Frog (Quand Je Reve de Toi) Velvet Cloud, Harry (Unoitmakessense) and Cloudy Moon. All jumped really well, particularly Velvet Cloud, who is knee high to a grass hopper and only five, but ended up giving the older horses a lead when Leon was somewhat reluctant and stopped in front of her - She dodged him and jumped like a stag. Harry schooled on his own wearing blinkers for the first time, as he is a complete disaster area over a fence Dickie Barrett suggested that we try him in blinkers to get him to concentrate over a fence - he could have something there because when he has fallen in the past it has always been in front of the crowd, which as well as being somewhat embarrassing for the jockey could mean that he has been distracted by what is going on around him - so he had blinkers on and he jumped really well - whether this will be the case on Sunday at Chaddesley Corbett remains to be seen.... On the way to the schooling fences I saw the kingfisher by the river again. Very special.
Tomorrow we are taking Leon and Cloud to Kingston Blount - We are still trying to get to the bottom of Leon who is a different horse to the one we had last year straight out of Nicholls yard - He finds everything so easy now and is very impressive on the gallops, whereas when he first came to us he was a complete crock and could hardly beat his own shadow. However, he has pulled himself up on his last two starts and scoped badly last time.It will be too soft for him tomorrow but he needs a run and we need to find out before the season ends whether he can stay three miles or whether he just doesn't want to do it anymore, so that we know what to do with him in the future.
Cloud is ridiculously full of herself and also needs the run, although my main worry with her is that she is racing three hours after Leon and will have 'run her race' before she gets onto the track as she is rather highly strung. We will take some company for her and hope for the best.
After working the horses I had a lot of office work to do as well as get the shepherd hut ready for the next guests. It really is idyllic down there - I wouldn't mind taking a little break there myself!
Posted by Pauline at 14:02