Nelson ran much better for most of the way in a very quick race. He was following a horse who pulled up and went around the fence two from home, and decided to do the same. With his one eye he probably thought he was doing the right thing in following, or maybe he thought it was much easier to take a short cut, but either way the jockey will be much more aware of it next time and hopefully it wont happen again.

Dream and her foal, Sam, are now staying out at night time. He is such a bright little thing and it hard to believe that he had such a stretching at birth and was in such a bad way. They are both so lucky to have survived. He is called Sam, after Sam Burton who saved his life. 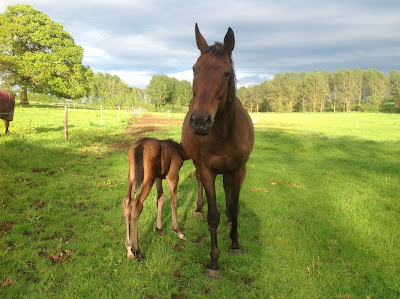 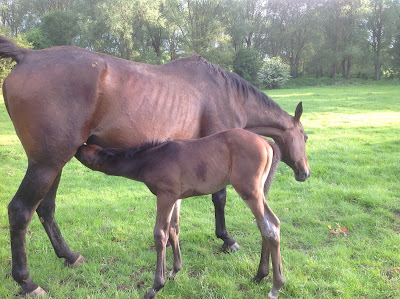