We haven't had much rain but the course at Edgcote is being watered as I write this. Garry is still sore on his bruised foot so we have decided to call it a day with him as we are unlikely to get the ground he wants now and he has missed too much work. He will be a better stronger horse next season and is too nice to risk. Kingsley has thrown a splint and is now hopping around with Garry - That just about sums up our season....
However, it's not all bad as for my Birthday we are treating ourselves to four days in Ireland in a lovely hotel by a  lake which also happens to be only five miles from the Punchestown Festival.  We went to the festival about eight years ago and I am very excited about going back, particularly as we know some of the English raiders that are racing on the Thursday and the Friday and it will be great supporting them.

It has been a wonderful Easter though with lots of time to spend with the people who matter most.. 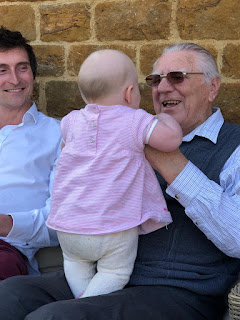 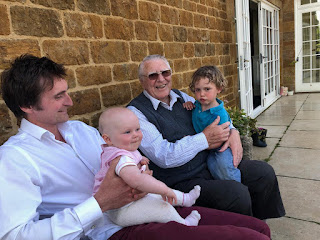