Well done England!!  40-16 against Australia. A great score. It was a bit of a risk getting tickets just for the semi final and final as neither England or Australia might have made the top four but luckily it has paid off. Phew! The last time we made a World Cup final was in 2003 when England won. That was one of the most special days ever. It is unlikely to happen this time however, as New Zealand are playing out of this world at the moment but it should be a fabulous semi final nonetheless.
Sooo excited! 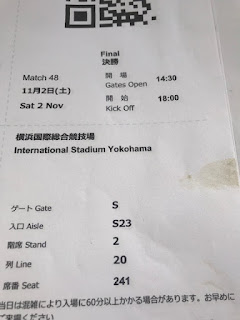