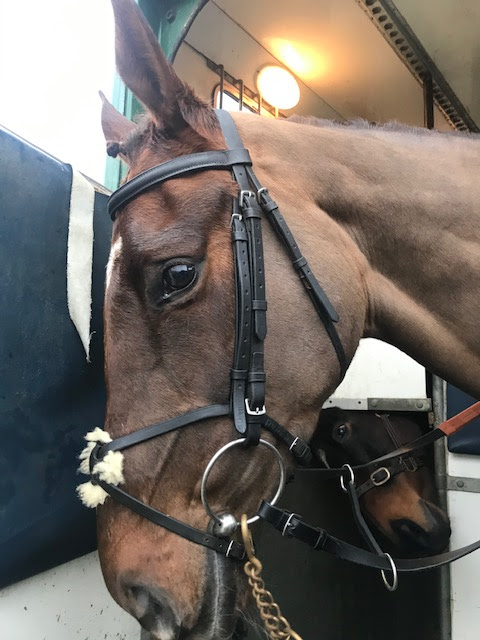 We are absolutely delighted with the way Secret ran. She surprised us by how good her jumping was and she was in the leading group all the way around until Zac felt she was tired and pulled her up two fences from home when she was lying fourth. Only three got home which showed how testing conditions were. She finished with a spring in her step and absolutely loved it, so she was left wanting more. So important with a mare as they don't forget bad experiences. Such a huge relief and lovely to know that she may be good enough to justify the cost of her operation two years ago when she suffered a fracture of her hind leg. Phew!

Popaway was hilarious and kept on sticking her head through the gap in the lorry partition lorry (see above photo) when we were trying to saddle Secret up. She was determined to get in on the act and had to be led around during the race when she got quite excited when they came galloping past. Immy Robinson, her past jockey came to visit her in the lorry and we had a lovely time reminiscing over her spectacular wins especially the last one at Cheltenham.