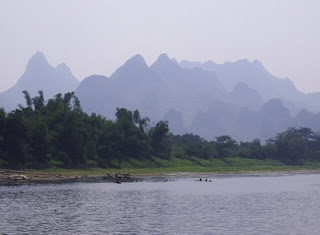 Great weekend which is why there were no postings. Hunted on foot with the Pytchley on Saturday, a bit of scent but the hounds disappeared into the elephant grass near East Haddon and not much happened after that. There are acres of the stuff in that area - it looks just like Africa but sadly hasn't got anywhere near the same magic as Africa. Very sterile, no bird life and personally I don't think it does much for anything - least of all the environment.


Got home in time to watch the England v Wales Six Nations match. I was dreading it as I thought it would be completely embarrassing, instead it was just mildly embarrassing as it is never good to lose against the Welsh but we didn't lose by as much as I thought we were going to. Their defence was much better than last week against the Italians, discipline was still a problem with two men being yellow carded, too many individuals with little team spirit - and the bottom line is that the Welsh played better with more imaginative rugby.


Straight after the game I was whisked off to Valentines night in the George and Dragon at Chalcombe - first time we have been there and it was wonderful. Delicious food, and great atmosphere. Met the locals and felt it the next day..........


This morning the horse all went out in one lot as Lucy Docker, who is doing her university dissertation on heart monitors with horses came to ride out and update her figures. We went twice up the gallops, second time at a really good clip but still couldn't get Dove above 159 bpm. Dream went to 170 bpm and Frog to 205 bpm. Recovery was 87 with Dove, 92 with Dream and 99 with Frog. We didn't have a heart monitor on Red as we only have three available at the moment. We are going to do a bit more sprint work on the flat circular gallop now to see if that lifts the heart rate to the required zone.


Spoke to Jay on the phone today - it was good to talk to her as it has been a week since we last touched base and I was beginning to worry. She is in Vietnam at the moment but is moving on to a place called Guilin in China shortly. I have just looked at photos of Guilin and it looks amazing. I so wish 'gap years' were the thing to do when I was young.....
Posted by Pauline at 13:17