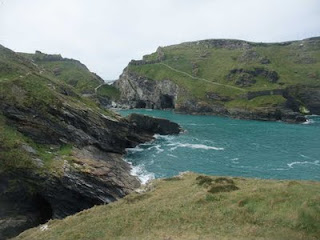 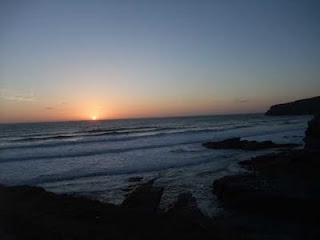 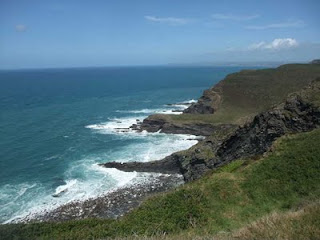 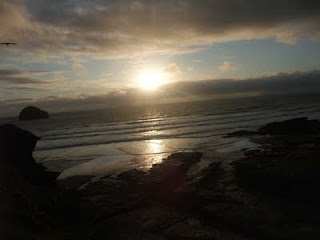 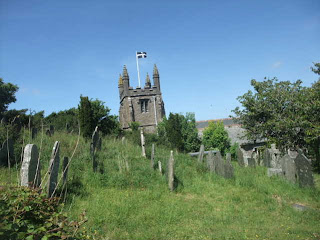 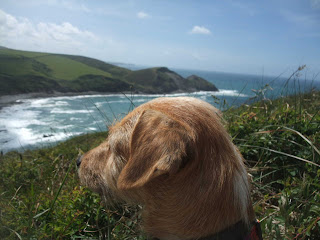 I had the most wonderful few days in Cornwall - Poppy and I stayed in a tiny little pub/hotel in Trebarwith Strand which is clinging to the edge of the cliff and has the most beautiful views over the sea and gull rock. I had a book of circular walks, most of which I could do straight from the hotel and walked for miles - sometimes unintentionally as I managed to get lost a couple of times..

Most of my walks seemed to include very old church's and when looking at the gravestones (I'm getting sad in my old age) it was noticeable how short the average life span was and how tough their lives were. There was a particularly sad story portrayed by the stones in St Ginnys church, Crackington Haven, where there was three stones together, one was for a Mary Elson who died in September 1859 aged 21, the next one was Thomas Elson who died in December 1859 aged 6 months and the third one was for Thomas Elson (senior) who died in March 1860 aged 27, three months after his son and six months after his wife. You can only imagine the sorrow and grief they went through in their short lives, particularly the father, Thomas. It makes you realise how cushy our lives are in comparison and how lucky we are.

In the evenings I would sit outside watching the sea crashing onto the rocks with a glass of wine and a good book. I felt a bit like 'Billy No Mates' to begin with but as Doug and I had been there before the publican and his wife already knew me and made me feel very comfortable on my own. It was a great break and one to be repeated, hopefully with Doug next time when his work load has died down.

We went to the point to point awards lunch yesterday at Stratford followed by evening racing - It's an annual event for us and we always really enjoy it. We will also be going to the South Midlands Awards evening as it looks as though Will is going to be the leading jockey for the area which is great news and much deserved by him.