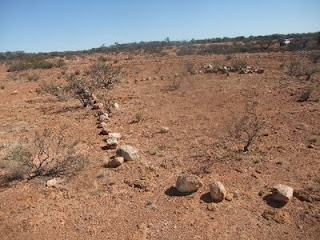 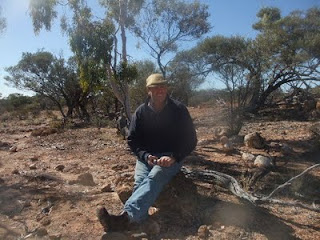 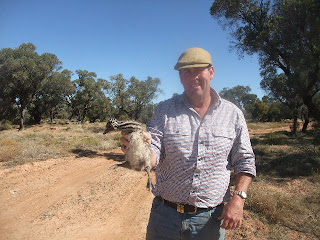 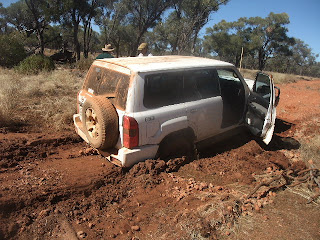 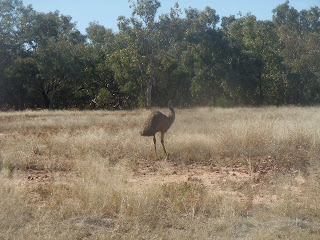 It was interesting to meet Michael and Sally last night - Phil the land agent who 's company is going to be responsible for selling the farm was there too and this morning he drove us around the farm.
The farm is 93,905 hectares (232,045) acres and holds cattle and sheep, to get a full tour it would have taken two days, but we did the shortened trip. They have had the best season for years and there was plenty of feed and great watering holes. We stopped for a coffee by the aboriginal bora rings. It was incredible to think that hundreds of years ago these were made for tribal dancing - rather spooky.
On the way around (about 15 miles from home) the truck got stuck in a creek - luckily Phil had got a spade with him and we managed to dig it out otherwise it would have been rather a long walk home. Doug was really impressed with the quality of the grass/herbage particularly on the western side - he was rather concerned though that all the cattle and sheep were on the eastern side and nothing had been on the better grazing for at least two years which seemed rather odd. We had a really good look around and Phil clearly knew the country really well.
When we got back we spent a couple of hours sorting out the cottage and then had a barbecue in the garden