We are now back from a wonderful week away in our little dream spot in Greece. Just as wonderful as ever with the highlight being surrounded by leaping dolphins when we hired a little boat to take us around Skiathos. 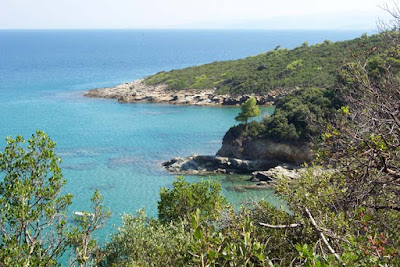 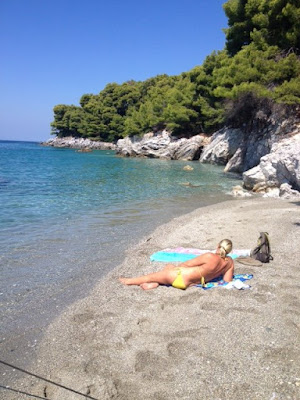 Christina did really well to hold the fort whilst we were away, particularly as my shepherd hut web-site had crashed just before leaving and all the bookings had disappeared. I managed to find most of the bookings on email before I left but as quite a few were done by phone there is bound to be some double bookings before the season is over.
Fantastic result whilst we were away with the majority of the British people being brave enough to vote to stand on their own two feet and leave the dubious security blanket of the EU. The Greeks were very supportive and wished they had the same result when they had their referendum. Allegedly 65% of Greeks voted to come out but for some reason they still had to stay in.
We are just watching the centenary of the Battle of the Somme and firmly believe that we have done the right thing for future of our country and in honour of those incredibly brave men.
Posted by Pauline at 13:09