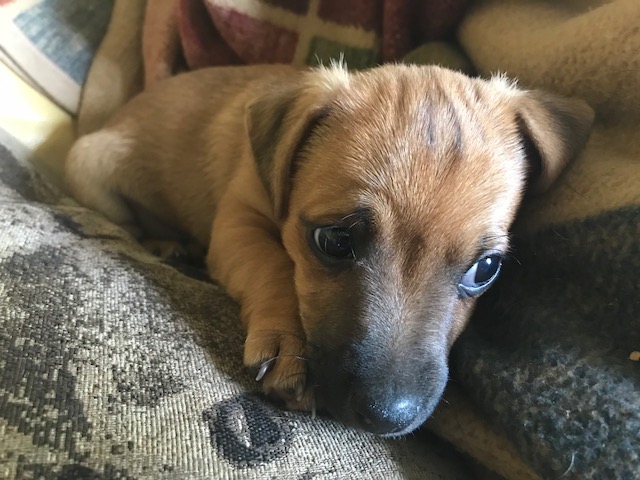 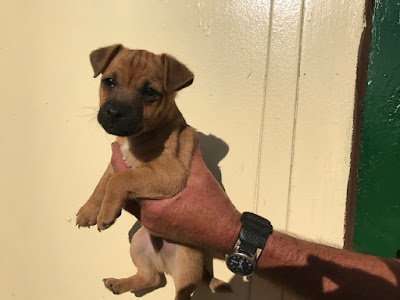 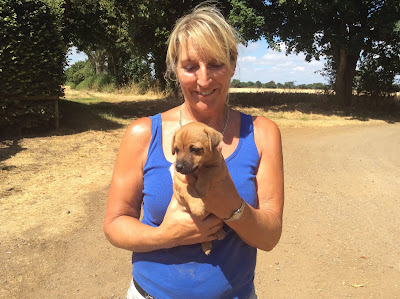 I was hoping to introduce the two new arrivals (foal and puppy) together but very sadly the foal was born dead. Doug got to it just a few minutes after it had been born and she was stone cold. It was a month overdue and I had a feeling it wasn't going to be a happy ending as Spider had started to produce milk a month ago. Spider was licking her but seemed to know it wasn't right as she wasn't upset when we took her away. I wonder whether the extreme hot weather had effected her? Possibly it was natures way of saying that as there was a drought the foal shouldn't be born and then it went on for too long. We will never know but at least Spider is fine and the foal didn't suffer. It just would have been lovely for Mary to have had a playmate