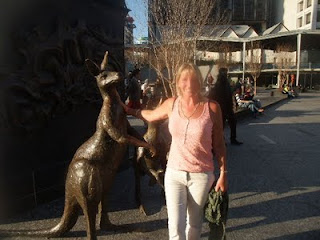 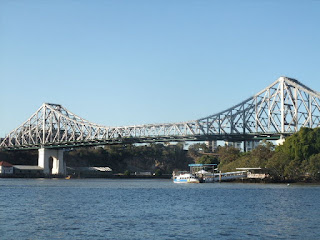 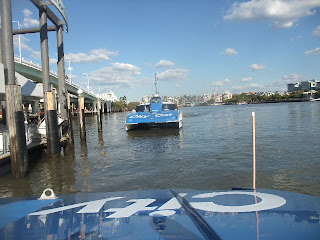 After coffee Jocelyn, Doug and myself drove to Brisbane to see Henry in hospital and then catch the flight home. It was terribly sad to see Henry stuck in a hospital bed and very difficult for us to say goodbye, the good news is though that he has since recovered enough to be back home. After leaving the hospital we saw the sights of Brisbane on the Sea Cat, which was a great way to see the city. It's a lovely place and has got a really nice feel about it.

We then went to Doug's sisters house, Jane and her husband Bill, for supper before the taxi came to pick us up for the airport. The discussion around the table got rather heated as neither Jane nor Gill want the farm to be sold - it has been in the family since 1882 so it is understandable that they should feel that way but bearing in mind the fact that it has been making a loss under the present management and is causing their parents stress, it probably is the sensible thing to do. It is, after all their farm and their decision to sell. However, if it doesn't make the asking price (and it is going under the hammer in a few hours time) then hopefully something will be sorted out between them to keep the farm on and hopefully turn it around.

Needless to say we were rather pleased when the taxi turned up to take us to the airport. Doug then had a phone conversation with Gill about the sale that upset him greatly. The two sisters seem to think that he has encouraged his parents to sell when nothing could be further from the truth. Anyway, hopefully it will all sort itself out and they will all be friends again....

After a gruesomely long flight it was very nice to be home again.