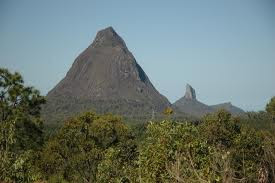 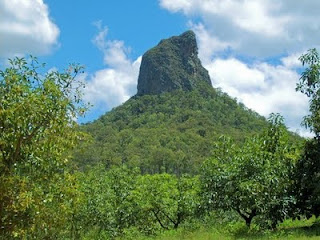 Australia continued .....
Toowoomba - Thursday/Friday 28th/29th July - We found a motel called the Highlander and got a fairly average meal there before crashing out for the night.
The next morning we popped in to see Doug's sister Gill for a coffee and then went on to the gunsmiths with Doug's hoard of guns - I went looking around the shops while Doug went into the back room with the gun dealer, after an hour or so I went to the gun shop and they invited me to the inner sanctum and there was Doug's guns laid out on the floor and a pile of cash on the table. It looked like a scene out of a Wild West movie... Doug was really upset about selling his guns but they couldn't be flown back to the UK. The gunsmith, Guy, who was English, said that it was as good a collection as he has seen and paid pretty well for them - which was just as well as our credit cards had stopped working because we had forgotten to tell the banks we were going to Australia, and we had just about run out of cash.
We had lunch at Toowoomba and then set off over the Great Dividing Range heading back to Buderim. Sadly, Henry had been taken ill while we were away and had been admitted to hospital in Brisbane. Jocelyn was staying at Brisbane with Jane, Doug's other sister.

We went through Kilcoy, then amongst the mountains to Peachester which was very pretty. The fields were full of horses which are all in the press at the moment - there is something called the Hendra virus which is spread by bats and has already killed a number of horses, as well as three or four vets who had been treating the horses, it has also spread to pet dogs which is a real worry. It has massive implications in the equine industry and hopefully the authorities will be able to contain it.

We travelled on past the glass house mountains which are really quite random the way they just leap out of the countryside without any warning. We finally arrived at Buderim around 4pm. It seemed very quiet without Henry and Jocelyn, I was so cross with myself as I wanted to take a photo of Doug and his parents but thought I would leave it until we got back from the farm - sadly I wouldn't have the chance now as Henry being a proud man wouldn't want a photo taken from the hospital bed.

We put a couple of steaks on the barbecue which Jocelyn had very kindly left for us and then had an early night - so much driving. It really is quite astonishing that Doug's parents made the trip so many times when they were well into their seventies. They make them tough in Australia!