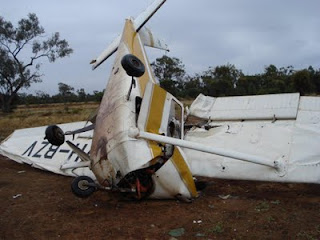 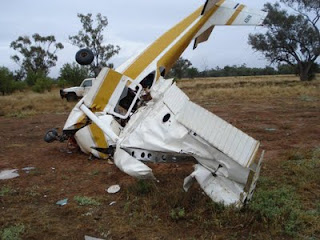 We were very sad to leave Comongin at first light, knowing it was unlikely that we would ever return. We got to the bakery at Charleville for breakfast - I forgot to mention that we stopped at the same place on the way to Comongin and bumped into some friends of Doug's, Sally and Bora who we had recently been talking about with Henry and Jocelyn as Bora just over a year ago had a very bad plane crash and had escaped any real injury- it was nothing short of miraculous and we saw the photos of the wreckage on their computer, two days later we bumped into them 500 kms from their home! Bora is well over six foot so how on earth he didn't break his neck in that squashed cock-pit we will never know. Just astonishing how you can bump into so many people you know in such a vast country.
Posted by Pauline at 10:39