We have had the most wonderful, restful few days in Sri Lanka. We stayed at a little hotel in Hikkadouwa which was right on the beach and within ten paces of the sea. 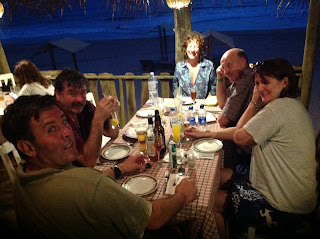 Our visit coincided with friends, Bay and Hermione, and Dave and Di, who were also there on holiday and on a couple of evenings we met up with them, which was great.
Fabulous swimming and a virtually deserted white sandy beach, made it temping to do nothing else but swim, read and laze but as it is such an interesting country we adopted our own TukTuk driver, Kamal, who took us to a different place of interest every day. On the first day Kamal took us to see the turtles, where the government were funding a comprehensive conservation programme and helped by volunteers seemed to be doing a great job, although those turtles certainly have a challenging life, with every critter under the sun, including humans, wanting to eat them. The leader of the programme was absolutely passionate about his turtles, and knew all the older ones by name and they also knew him, and would pop up to have their shells scratched. He was also very worried about the damage that plastics are doing to the environment and showed us a tank full of sick turtles where they had swallowed plastic bags which filled their stomachs with air and made them unable to swim under the surface. 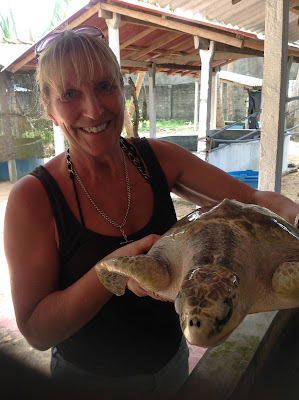 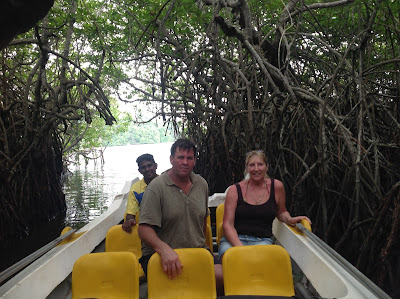 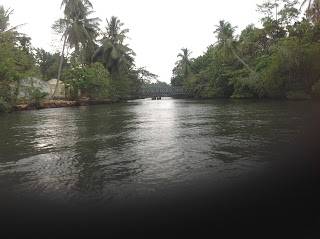 We then visited a mine where they specialise in moonstones, then the next day a beautiful and huge lagoon where we had a 'river safari' and got 'blessed' by a monk who had been living on this tiny island with the company of a rare breed of squirrel since the age of twelve.
We were also taken for a Sri Lankan massage as we both felt the need to have our backs panel beaten, and  a tea parlour to sample their famous and various teas.
The experience that left the most lasting impression however, was our visit to the Tsunami museum. Hikkadouwa was very badly affected and it was just outside the town where the worst tragedy happened with the huge wave derailing the Galle to Columbo train carrying up to 2000 passengers. The museum had heart breaking accounts of the nightmare that unfolded with very graphic photos. 40,000 Sri Lankans lost their lives during this terrible time and 12,000 children were left orphaned. On our sombre way back from the museum Kamal showed us empty shells of houses where whole families had lived happily but were completely wiped out. The Sri Lankans have born this horror with courage and dignity. They are lovely, kind, family loving people and getting to know them made the Tsunami not just a news story but a very real and horrific incident which had a profound effect on us, but will leave a deep and lasting scar on their gentle souls.
We are now at Columbo, about to board a flight to Chennai, to meet up with Jay who ironically had to go back to the UK to get her work visa renewed.
We have been in constant touch with Scott, who has been left in charge and he has been giving us a daily report of the horses, their heart rates, and the work done with them. All very good on that front, and the team at home seem to be doing a fantastic job.