We have just got back from a lovely break in Skopelos, a beautiful Greek island. We did very little except swim, sunbathe, eat and explore the island on a little scooter, which was great fun. 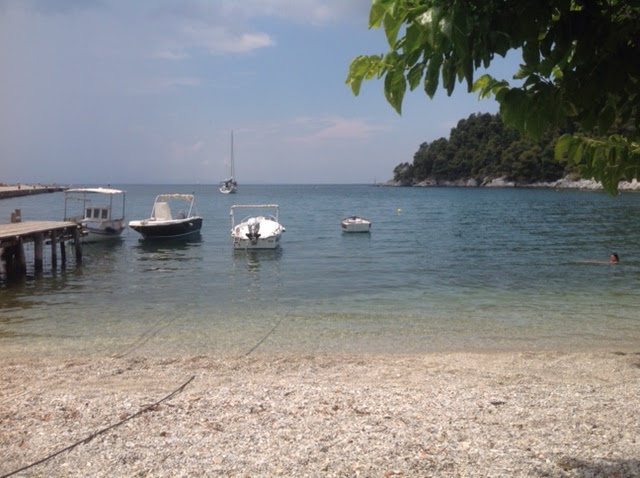 Christina did a fabulous job looking after the animals while we were away and they all looked in fine fettle when we got back. Tik (Velvet Steel) and Bea (Burrows Spring) have both been scanned as in foal - Tik had triplets!! Two of which had to be squeezed - Knowing our luck the champion hurdler and the Gold cup winner would have been destroyed leaving us with the seaside donkey, but at least she is in foal. We have got seven days before Popaway is scanned as she was later going to the stallion.
We have got two fillies about to foal down - They were both too small to race but both have pretty good pedigrees, one is by Kayf Tara out of a winning mare and the other is a Whaley Cohen bred filly by Midnight Legend related to the grade one winning Katarino  We put them in a big field with Peter Taylors stallion (Blue Pimpernel) picked them up six weeks later and hey presto no bother at all they are about to foal - Very different from what the other three mares have had to go through with their fancy stallions, and an awful lot cheaper. We did the same with Velvet Dove and Velvet Dream this year and will be picking them up in about two weeks time. It will be very interesting to see the difference in the performance of the youngsters and how much influence the sire actually has or whether it is mainly down to the females genes.