It was Doug's Birthday today - Normally we would go our for a meal but due to the lock in, I actually baked him a cake!! The first one ended up looking like a frisbee but the second attempt was much improved 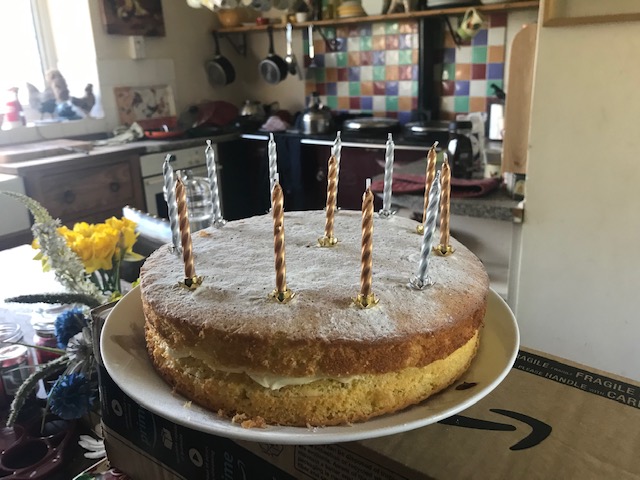 We had some terrible news, and we are still reeling from it. A very good friend of ours took his own life yesterday morning. Before the lock down we would see him and his lovely wife at least twice a month and we spent New Years Eve with them. He always seemed so content with his life. He had a wonderful family and was really proud of them all. His business was going well pre virus but just like everyone else, was suffering the effects of being locked down. He gave absolutely no indication that he was depressed although it was clear he was missing the social side. Such an awful shock and so terribly tragic for the family left behind.
Posted by Pauline at 11:07